C hinese medicine, also known as traditional Chinese medicine (TCM), offers a philosophy of balance and harmony between human beings and the environment.  It is based on the careful observation of nature and it views the body as an organic whole and dynamic interplay between energy and matter, embodying the inseparability of body, mind and spirit.

The philosophy behind the medicine is based on Daoism and Confucianism which influenced early medical texts, embracing the theory of yin and yang and the five phases (elements), which underlie the functions of internal organs. Both theories provide a framework for understanding the subtle movement of qi. 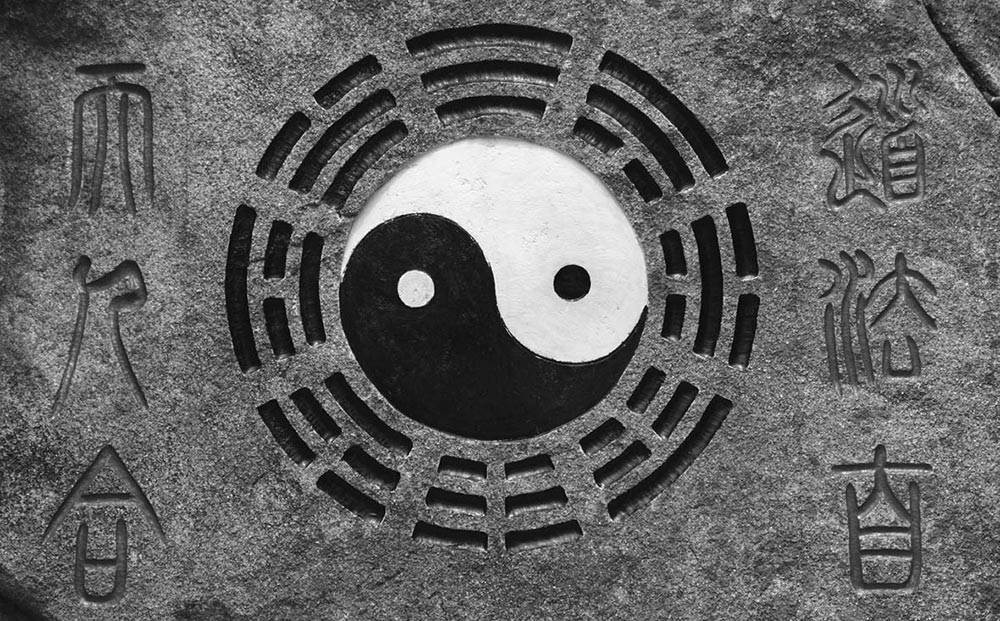 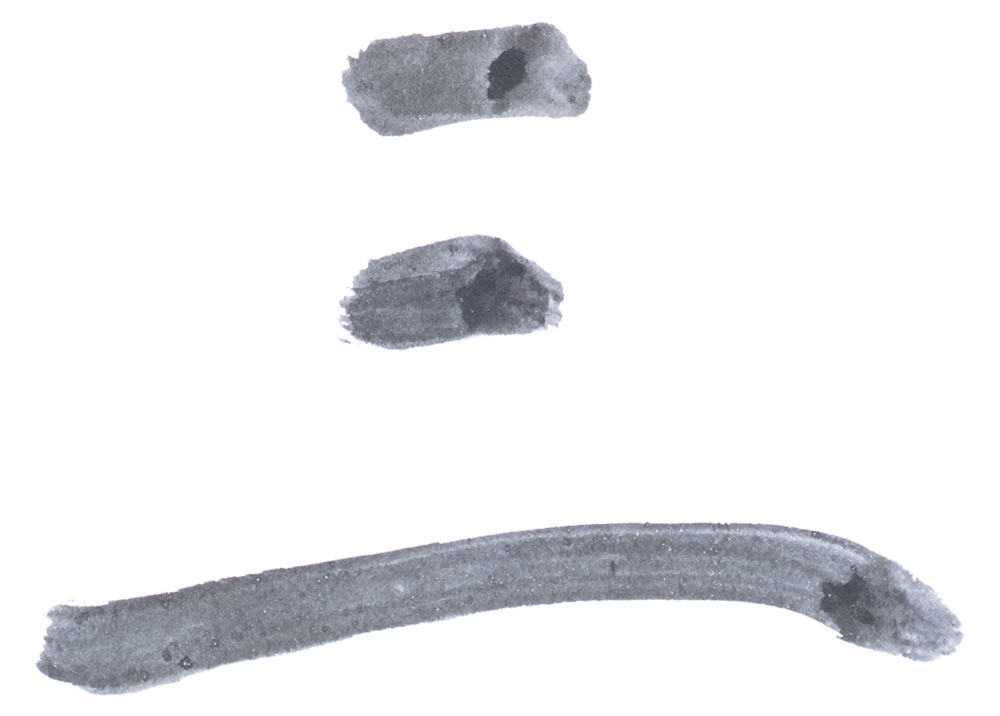 Qi (pronounced ‘chee’) is an ancient word and has many varied uses and deeper meanings. In essence, it cannot always be seen, but through its transformation, its presence can be sensed, experienced and understood.

Furthermore, it includes the sense of breathing in and breathing out and the idea of an essential nutritive and life-sustaining substance, or more accurately, the potential for change within a physical substance. Although it is difficult to translate from Chinese into English, it is commonly translated as vital energy or life force. Recent literature describes qi as the smallest functional unit in any environment, living beings and in the organs.

The concept of qi is used to explain the forces that animate and control the functions of the human body, which is conceived as a microcosm of the universe. Thus, Chinese medical theory strives to appreciate the close relationship between the human body and its natural environment.

Qi became known as the vital substance of living beings, which circulates throughout the body. Consequently, a system developed to account for the circulation of qi and to serve as a basis of human anatomy and physiology. This system, characterised by the idea of continuity or connectivity was termed jing luo (meridians or channels), indicating the main pathways through which qi circulates, connecting all parts of the body into a functional organic whole and interacting with the environment at large. Thus, the body was conceived as a system unified by a network of channels, integrating organs, external environment, disease and treatment.

Qi circulation through the network of pathways was clearly defined and illustrated over 2000 years ago, and recognized by the Chinese as the motive force of life itself and movement in the universe.

Complex varieties of qi animate and control various aspects of human life, such as respiration, digestion and elimination, opening and closing of pores, emotion and thought. There are many different classifications of qi, which divide into two categories according to Chinese philosophical roots, namely yin and yang. Within this theory, there is the notion that yin requires a seed of yang to exist and function and vice-versa. 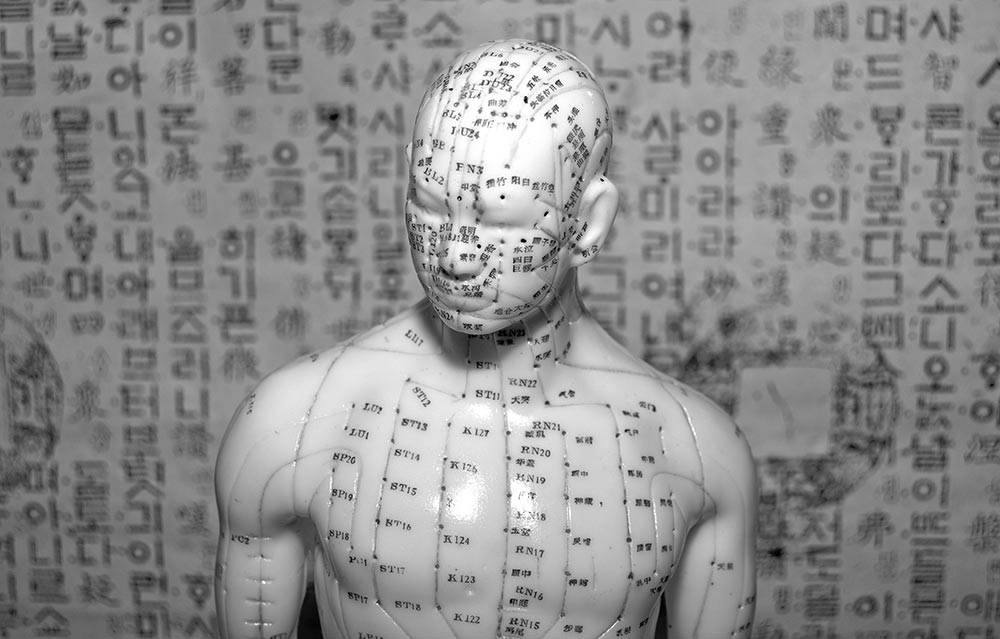 O ne of the main concerns of a Chinese medicine practitioner during a consultation is to assess the condition of the patient’s qi, whether it is depleted, replete, stagnant or obstructed in a particular channel pathway or organ system. Once understood, it can be effectively harmonized and balanced, and the patient will begin to recuperate.

Y in and yang are two opposing, yet mutually dependent forces that coexist in everything and constantly adapt and change to new circumstances, creating a dynamic interplay of energies. ‘When they (yin and yang) are in harmony, all life flows forth. When in disharmony, life is destroyed. Therefore observe the Dao of harmony. But its essence does not appear. Its signs are not revealed through analogies. Let righteousness and peace occupy the chest. Fill the heart [mind] with harmony and balance. This will prolong life’. – Guan ZiYin is female, form and matter, darkness and stillness, characterised by autumn, winter and the moon, while yang is male, energy and expansion, light and movement, characterised by spring, summer and the sun.

Yin and yang theory finds expression in basic substances that comprise the human body and is concerned with analysis of the nature of a substance. In Chinese medicine these include the moist and material substances (essence, blood and fluids) described as yin and the immaterial vapour and energy (qi and consciousness) described as yang. These substances are created, renewed or stored by various organs of the body. If yin and yang are in balance, the organs are working well, and the substances are plentiful and vital, then there is health. If yin and yang are out of balance and a disruption of the organs and substances occurs, then there is illness.

The yin and yang symbol indicates homeostasis and self-regulation and serves as a reminder of the need for balance.

When they (yin and yang) are in harmony, all life flows forth. When in disharmony, life is destroyed. Therefore observe the Dao of harmony. But its essence does not appear. Its signs are not revealed through analogies. Let righteousness and peace occupy the chest. Fill the heart [mind] with harmony and balance. This will prolong life".

Illness may be the same but the persons suffering from them are different".

T he five phase theory, on which ancient medicine is based, is about categorization and unification, striving to understand the relationship of each piece to the other within the whole. It developed from a close observation of the energetic changes in nature’s yearly changing cycles and transformation. These five earthly transformative energies consist of the elements water, wood, fire, earth and metal. Each of these five phases is always understood in relation to the other four, meaning each phase expands one phase, while at the same time limiting another.

C hinese medicine describes health and disease in terms of harmonious or disrupted ‘patterns’ using metaphorical language. A disharmony might appear in form of congestion, a weakness within the organs or substances, or the presence of a ‘climatic’ factor, such as wind, cold, heat, dampness or dryness. ‘Illness may be the same but the persons suffering from them are different’. – Hsu Ta-ch’ un. The causes are usually ascribed to lifestyle, emotional responsiveness, environmental factors, heredity and trauma.

Chinese medicine prefers to describe the unique manifestations in each person, rather than labeling the disease. Thus, it aims at treating the person’s uniqueness and tailoring treatment according to the nature of the person.